What a great movie. Brings back such good childhood memories of watching it on TV with my big sisters. Last weekend I made a cake with the Wizard of Oz theme. I was cruising the photo gallery on Cake Central and saw one using a sheet cake as the yellow brick road and got my inspiration from that wonderful cake. I took some photos of it in progress to share with you some of the techniques I used. 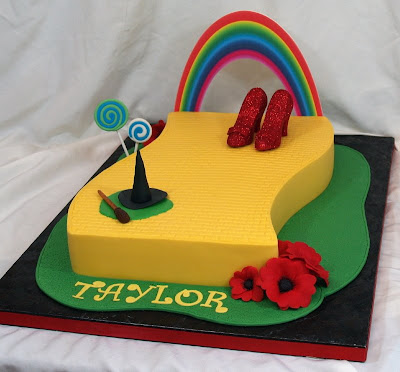 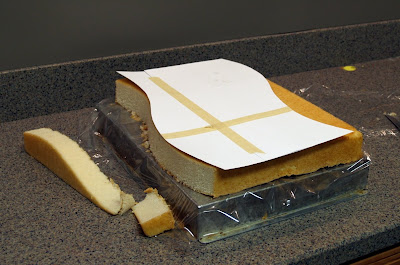 I made a paper template of the shape I wanted the cake to be and used that to cut the shape from a 12×16 sheet cake. 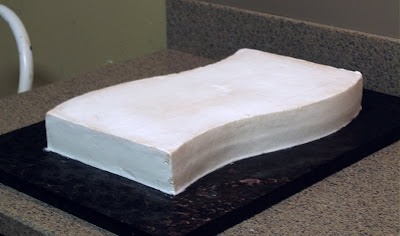 Then it was filled and crumb coated. 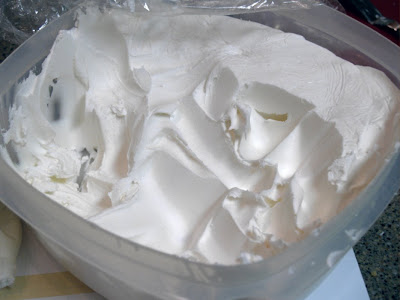 I wanted to show you guys how airless my icing is. This batch was made 3 days ahead of time, covered in plastic wrap on the surface, and kept in a plastic container at room temp. (If you want to see a clip of me making my icing, look here.) 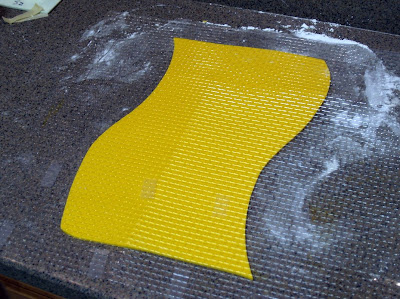 The fondant was colored yellow and a some powdered tylose was added to help it firm up. I rolled it out and then used my brick impression mat over it. I used the same paper template that I cut the cake with to cut out the fondant. I let it sit there for a good 20 minutes or so to firm up, so that when I transferred it to the cake it would not stretch or distort. 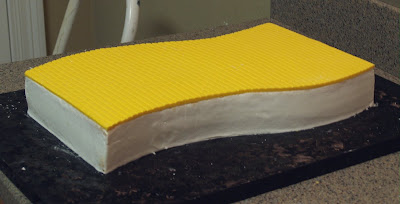 Top piece applied to the cake. 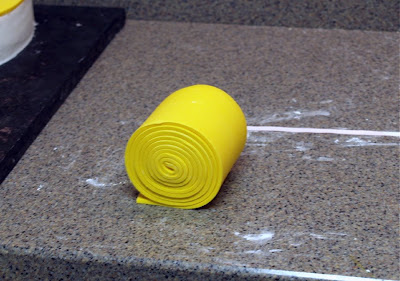 I then cut a long strip of fondant (long enough to go around entire cake) and rolled it up bandage style. 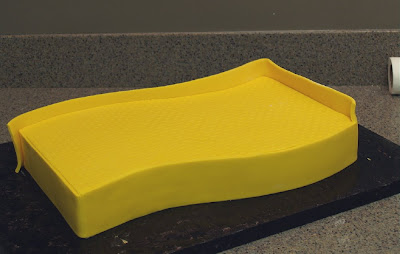 The sides of the cake were dampened with water, and the bandage unrolled around the cake and smoothed in place. I then trimmed it level with the top of the “bricks” with an exacto knife. 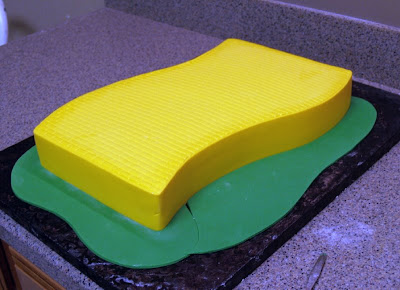 I applied pieces of green fondant around the perimeter of the road to make grass. I made a seam in the front that would later be covered by flowers. I put a 21 star tip on my finger (much like a thimble) and stippled the entire surface of the green fondant to mimic grass. 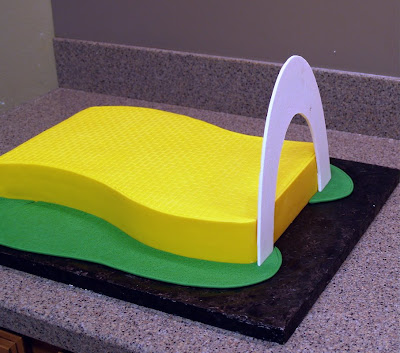 The rainbow was an edible icing sheet that was put on fondant and allowed to dry firm for a few days. That was attached to the back of the cake with some melted chocolate. 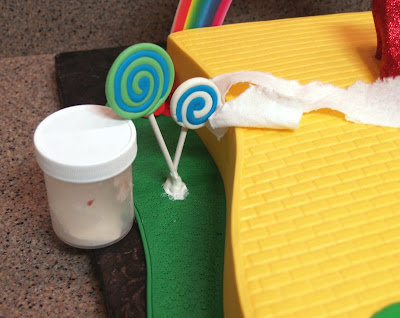 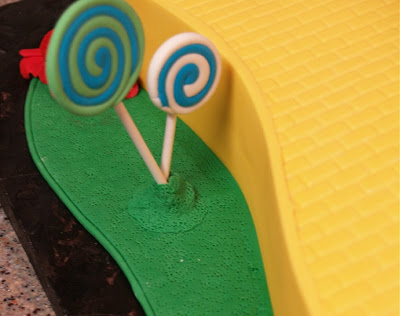 After they were secure, I covered the chocolate with a little more “grass”. 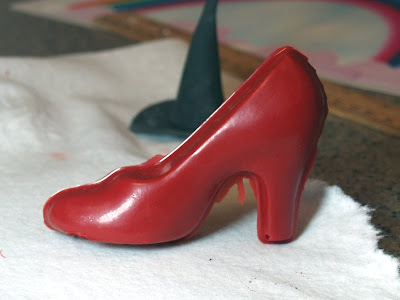 The shoes were white chocolate tinted red and made in a 3D mold. Here they are right out of the mold. 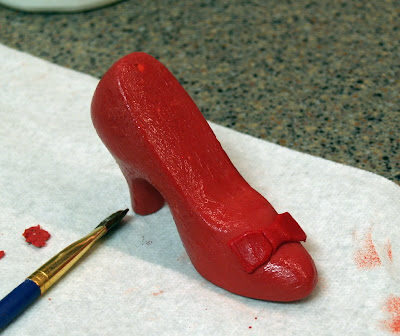 I cleaned up the seams, added a fondant bow and painted them with piping gel. 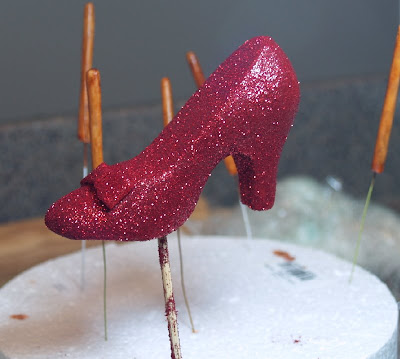 A skewer in the bottom let me rotate them without messing them up with my hands as I sprinkled red disco dust all over them. (Be advised that while disco dust is non toxic, it is not truly considered food safe.) 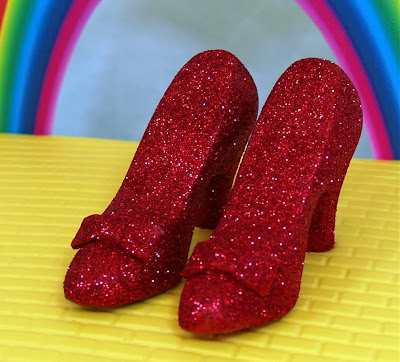 The ruby slippers. I’ll get them, my pretty! 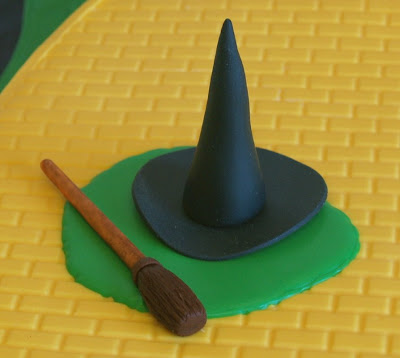 I’m meltiiiiiingggg…..
The hat and broom were hand modeled from fondant. A little puddle of green royal icing serves as the melted wicked witch. (She scared the bejeebers out of me…..you?)

I had a good time making this cake. None of the techniques are particularly difficult, just a little time consuming. I hope you have a chance to try it one day! Send me a pic if you do! 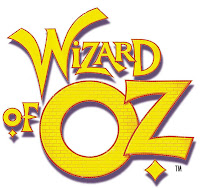